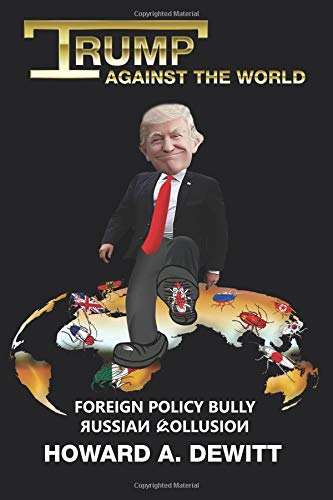 The Weekly Standard for years has been a conservative publication with a great deal of credibility. They have shown that the responsible Republican conservative can govern effectively. In the last year the Weekly Standard has been increasingly critical of President Trump’s lies, distortion of fact and of course his business dealings. The Weekly Standard is owned by a Christian billionaire, Phil Anschutz, and he loves the president. So he closed down the paper. He refused to sell it to people who would keep it alive as the voice of intelligent conservatives. Anschutz ended the business at Christmas. This is not exactly Christian behavior and he criticized one of the magazine founders, John Podhoretz, for being critical of Trump’s policies. The right leaning New Republic, which is also a marvelous, intellectual news magazine, has also gone by the wayside. The point is the First Amendment: real conservative news that is critical and a point of view apart from the Christian right is being destroyed. Trump and his minions are dumbing down the media. Bill Kristol is a voice at the Weekly Standard who is the most critical of Trump’s attacks on the press. He will now have to find a new media print outlet but he still shows up on CNN.  As a magazine the Weekly Standard hasn’t been profitable but the online issue carefully dissects conservative views. The Weekly Standard is no more and I will have to find a new conservative news outlet. That is a problem in this day and age. Fake News is accepted by many. This is dangerous.

A new kindle is up for 99 cents on Amazon. It covers the Imperial and the ABC Paramount years. A fun read.